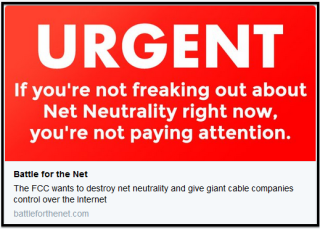 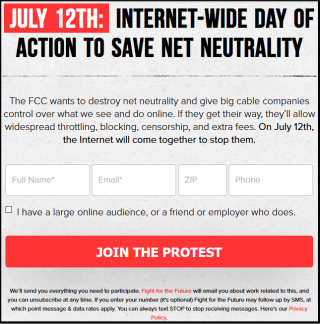 from: Battle for the Net

Join the movement to STOP FCC enabling the destruction of net neutrality by giving big cable companies control over what we see and do online. This proposed legislation will reverse hard-won and current provisions and allow widespread throttling, blocking, censorship, and extra fees.

On July 12th, the Internet will come together to stop the 'FCC Net Neutrality Reversers'.

The Ramapo Catskill Library System, just north of New York City @goRCLS has registered - you can add your voices at this link: CLICK HERE TO SAVE NET NEUTRALITY.   RCLS has informed Fight for the Future and Battle for the Net about the extent of RCLS Library System fiber optics linked network and its connection to the statewide library organization, the services it provides over the net and the interdependence of the libraries and their users.

The American Library Association (ALA) condemns in the strongest possible language the FCC vote to undermine net neutrality protections and vows to defend open internet. READ THE ALA Press Release HERE.

The repercussions of this proposed REVERSAL of the original concept of an OPEN internet will be seen by future generations as the day we lost ' our internet'. Don't let this happen. 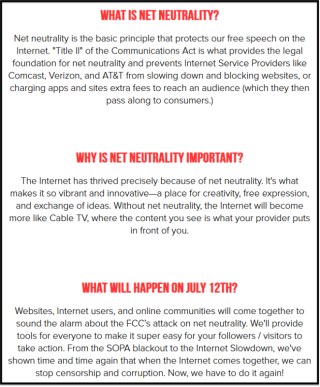 Posted on Wednesday, 07 June 2017 at 11:59 AM in Advocacy, Freedom of Information, Libraries and Politics, Net Neutrality, PRIVACY, technology | Permalink | Comments (1)