‎This illuminating study of the Urban Heat Island (UHI) effect and 'greened rooftops ' in Chicago will help us all navigate the design of our 'urban future'.
"...research conducted by the city of Chicago and the University of Notre Dame’s Environmental Change Initiative finds that ...innovative rooftops could reduce the impact of the UHI by as much as 8°C
"Installing ‘green rooftops’ across Chicago – part of a comprehensive planning vision for the next few decades – could dramatically help the city’s attempts to prevent overheating."

This is not news to those who have been advocating and designing environmentally sustainable buildings for 35 years.

However, as with all innovation, there is a flip side and I will be interested to see the data regarding the changes this initiative has on Chicago's cooling Lake Effect.

More information about the 'Chicago Wilderness Green Infrastructure Vision plan for 2040‎' is available at this link: http://www.cmap.illinois.gov/livability/sustainability/open-space/green-infrastructure-vision 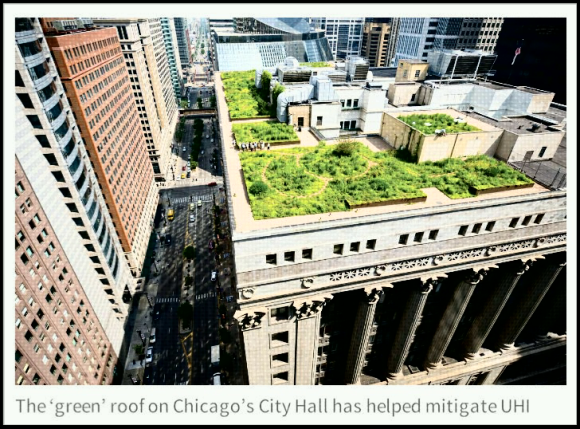 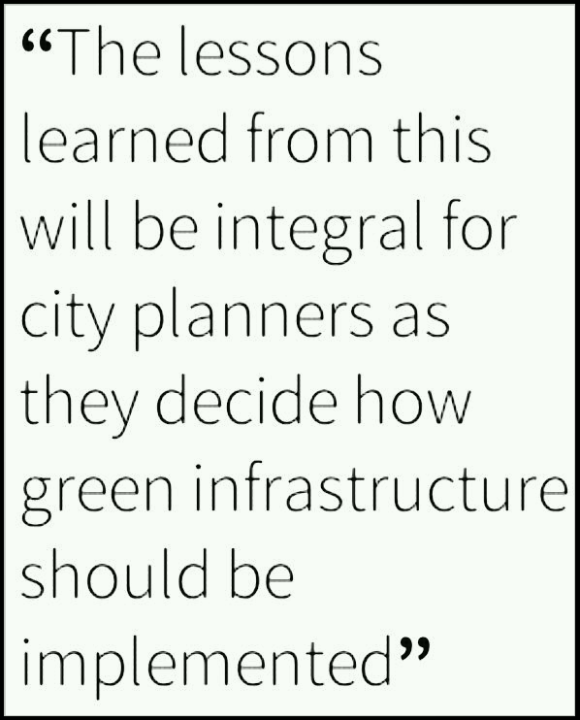 Global Architecture Competition: How to House Real People|C.Carr for Next City

"Over 1 billion people now live in slums, in makeshift homes that often lack even the most basic survival amenities. These self-built settlements have proliferated at a rapid pace due to a confluence of massive rural-to-urban migration and ad-hoc urban planning, particularly in developing countries. As a result, slums have become the only option for low-income families struggling to get by. If cities don’t address this need for affordable housing, the situation is only expected to get worse. By 2030, the number of slum dwellers is expected to double to 2 billion, an issue being taken up this week in Surabaya, Indonesia, at the final lead-up meeting before a global agreement on urbanization is voted on at Habitat III, the United Nations’ once-every-20-years conference on housing and sustainability."

Architects turn their eyes and imaginations to designing housing for people living in the world's largest 'slums'.

This generation of designers and problem solvers ‎makes me proud; everyone - poor working people who call villages of floating vessels their neighborhood and rich people in glass towers - deserves a secure, dry, serviced place to rest their head at night. 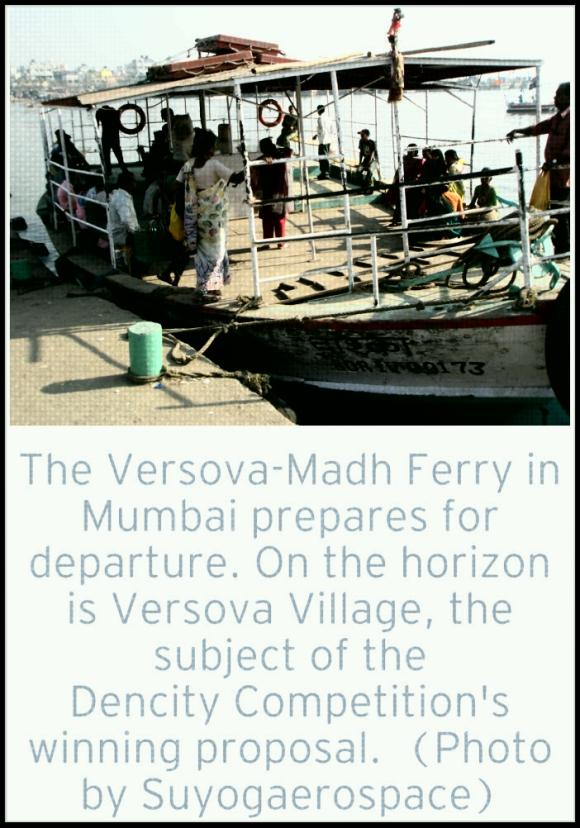 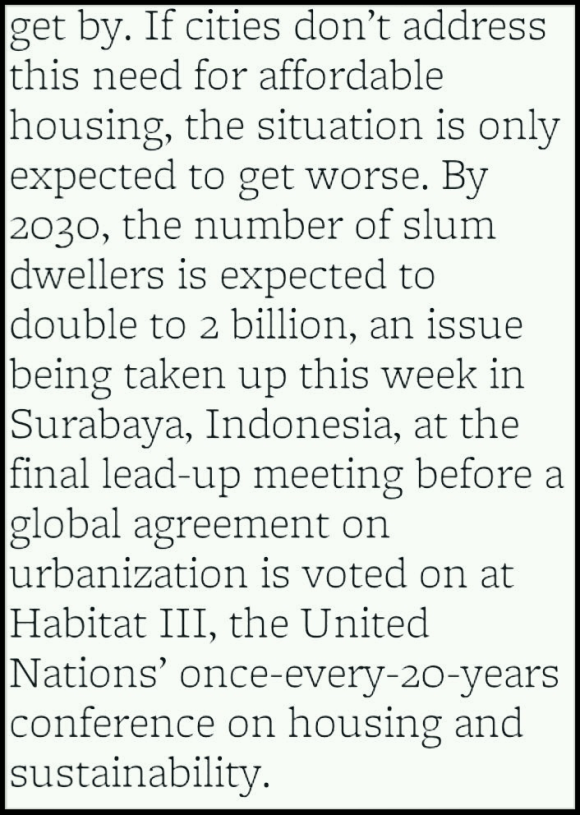 "... the piece ends by taking the audience through the lifecycle of a star, wrapping up the performance’s themes in an immersive, virtual reality experience."

" 'The Hubble Cantata' will make its full-length debut at the BRIC Celebrate Brooklyn! Festival on August 6 in Prospect Park in Brooklyn, New York. The Hubble Space Telescope, the venerable orbital observatory at the heart of the live event, just celebrated its 26th year in orbit, and NASA recently announced that the Hubble’s lifespan has been renewed for at least another five years." 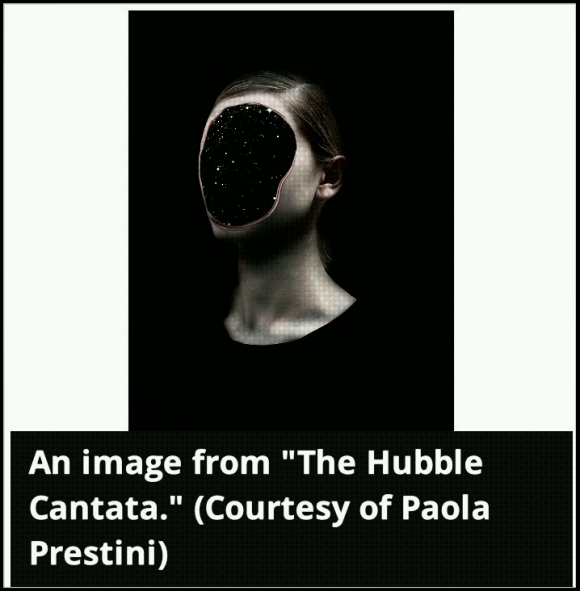 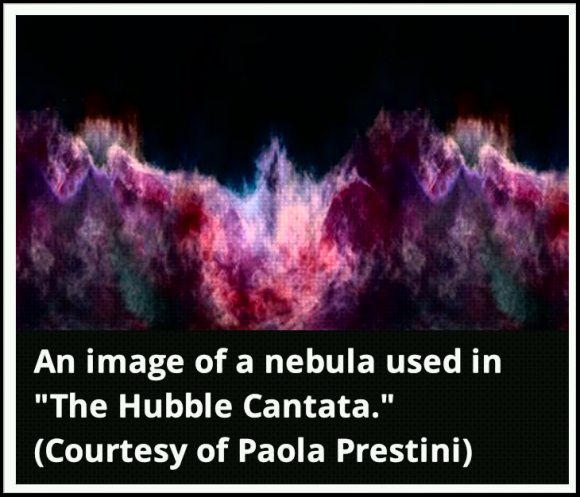 Contribute to This Giant Poem...If You Can Find This Typewriter|Smart News

‎This is a thing.
Don't you want to do this? 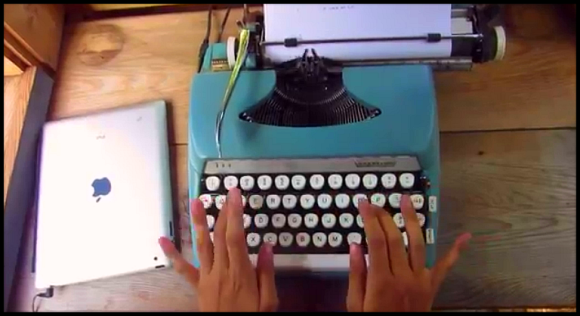 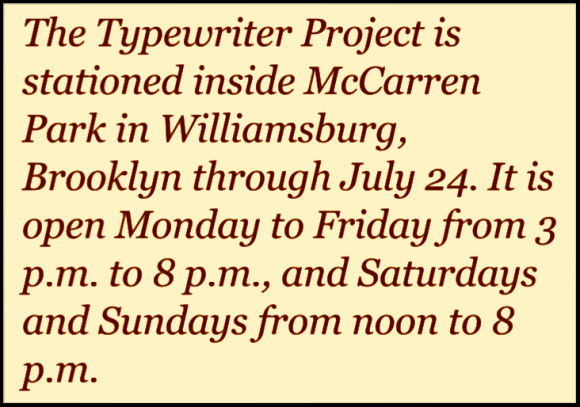 ‎I want one of these.
The whole store.
As a library.
But here. 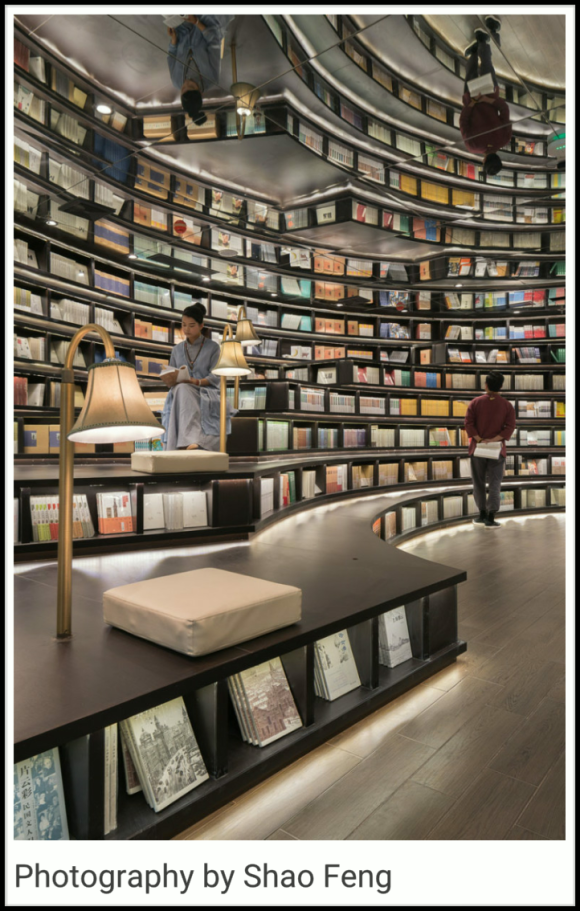 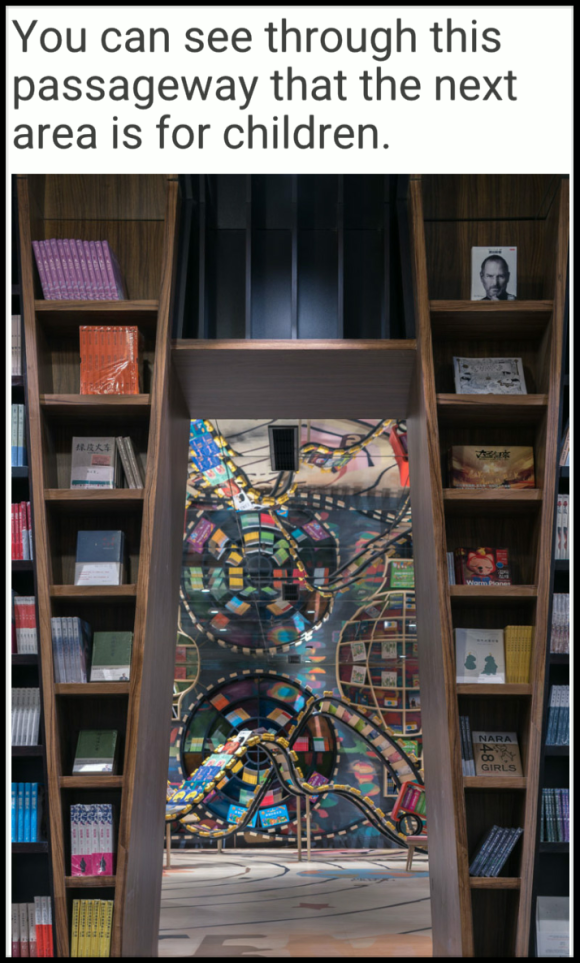 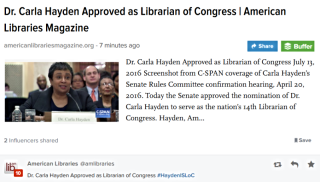 We join all the librarians of America today who are doing the Happy Dance in celebration of the Senate Confirmation of Dr. Carla Hayden as Librarian of Congress.

@prattlibrary has Dr. Hayden's last Book Picks still up on their website. Interesting to see what the great lady recommends! Here is the Pratt Library page. 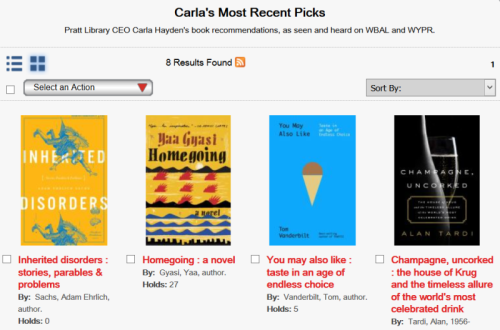 Posted on Wednesday, 13 July 2016 at 03:56 PM in LIbrarians Just Want to Have Fuun!, LIBRARIANSHIP, the FUTURE of Libraries | Permalink | Comments (0)

"A bank robber can use the road to get away but we still want to be able to drive on it."

This is ‎Chuck Mc Andrew, IT Librarian at W. Lebanon New Hampshire's Kilton Public Library https://www.leblibrary.com/ talking about one response from a member of his community at a Trustees' meeting.

The Chief Librarian and Board wanted to know how the people of Lebanon thought about using TOR ["The Onion Router- an anonymizing system for Internet traffic"], a search engine that hides the identity of the user, in their library.

This city of just over 13 thousand citizens, nestled in the mountains of the Upper Connecticut River Valley in the South West corner of N.H.‎ is no slouch when it comes to standing up for hard won rights to free thought and speech in this 'Live Free Or Die' state. 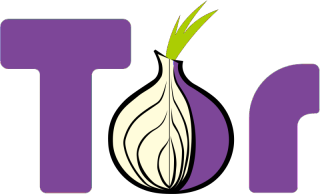 A large group of library users turned out to support the library's decision to use TOR. Despite the 'concerns ' expressed directly by local police and the DHS to the library, the people think their right to secure searches on the Internet balance the risks of abuse by the few who use it for criminal purposes.

In America the principles upon which this country were founded are always under scrutiny and constantly at the center of conversations, public and private. 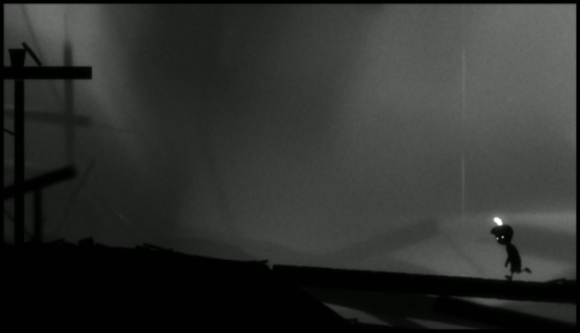 If you live in NYC (or plants are your life) you don't have to; visit the New York Botanical Garden. "One of the world's largest and most comprehensive botanical library in the world" is in New York and on line!

Beware, the quality, depth and breath of the collections' texts and images could blow your roots off‎. 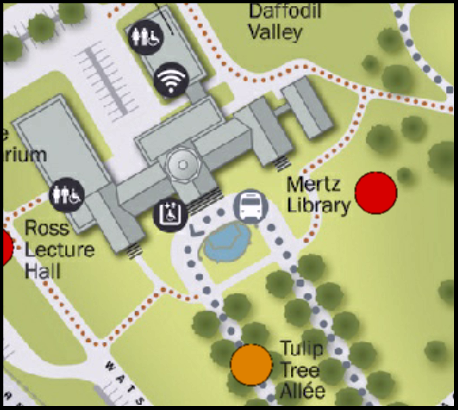 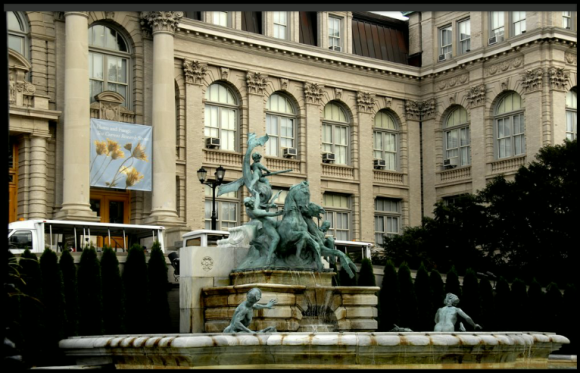 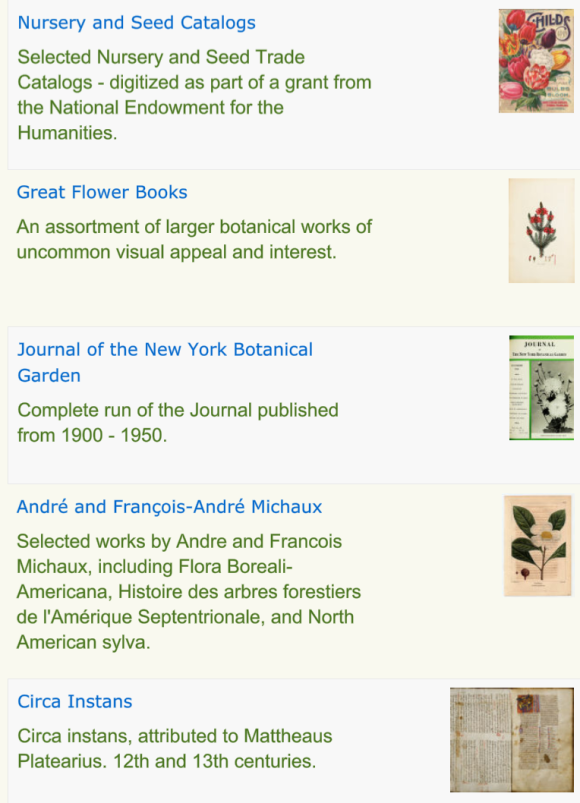 "...a library is ‎more than just books" across our globe and throughout history.

Mr. Rydell's insightful article begins with a story of how a small town saved it's books, visits the digitization in cataloging vs. human ‎discourse debate, takes us through the history of 'libraries as place' ... and ends in hope.

What more can a library geek ask for?

As a library initiative and lending program, this gets an A++ in anyone's book. 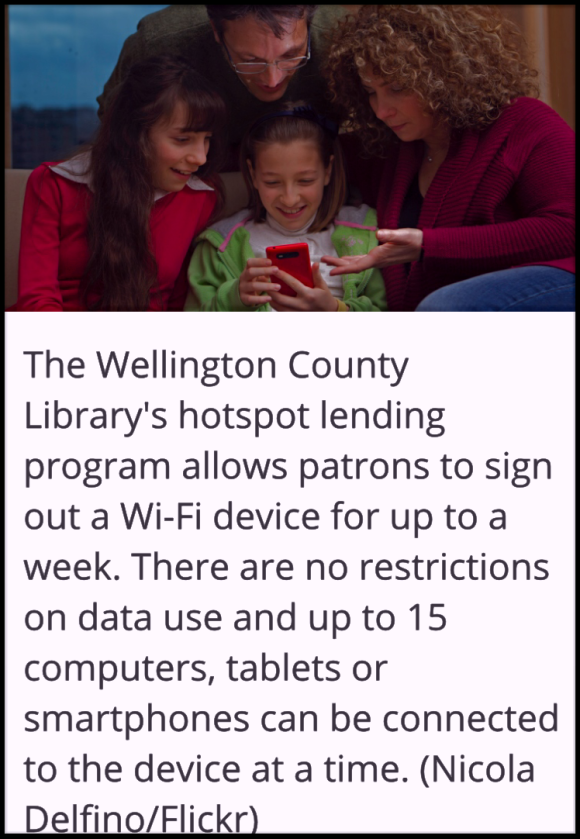 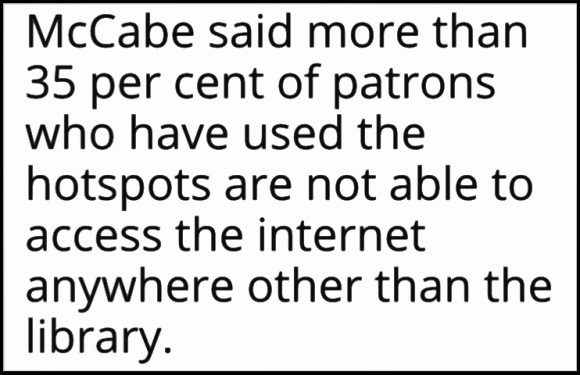 Sharing life in the library; it was a family thing! Caretakers for NY libraries were a package deal until 10 years ago and our libraries were the better for it.

Families celebrated holidays, gave weddings, had babies, raised children who grew up to work in libraries and foiled thieves all while ensuring NY libraries ran like clockwork.

Does this not make even more sense today than ever before ?

Our 24/7/365 lives revolve around people making things happen for us in the background. The position of a live-in‎ Taker and Fixer of the Cares of the Library sounds like one of the most important positions a person could fill.

The last caretaker left living quarters in a NY library ‎in 2006. Here is what some of the job description would look like today:
"qualifications for prospective live-in superintendents would likely include everything from a great command of English to the ability to supervise staff to a general knowledge of electrical, plumbing, HVAC and carpentry repair. Many current live-in superintendent positions also require applicants to have a high-level of computer skills and experience working with one or more building management software programs. Finally, anyone interested in taking on the role of live-in superintendent needs to be committed to working around the clock and working year-round. " 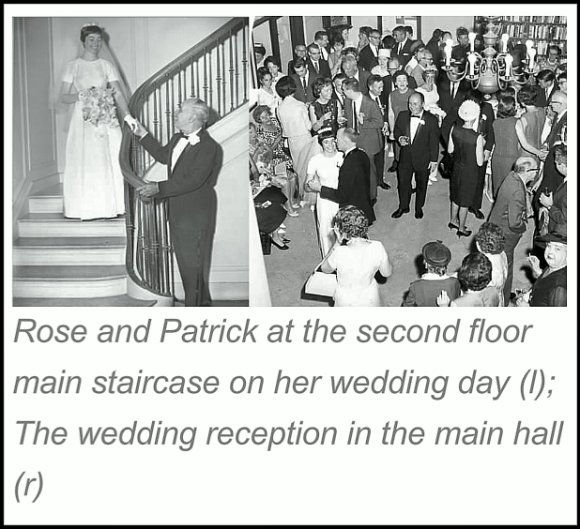