The FCC Needs to Hear Your Voice 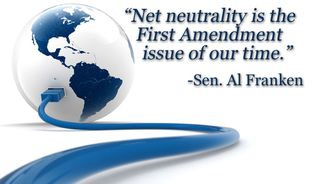 The FCC launched its Rulemaking process related to Net Neutrality. Over 100,000 people have responded so far to the earlier versions of the Rulemaking.

The revised version released today incorporates some of the feedback but the FCC needs to hear your voice.

Please take the time to read the documents and let the FCC know that you want the Open Internet protected!

Below you will find links to several PDF documents:

http://transition.fcc.gov/Daily_Releases/Daily_Business/2014/db0515/DOC-327104A1.pdf
The new release - FCC Launches Broad Rulemaking on How to Protect and Promote the Open Internet

A coalition of top Internet firms - from Google and Amazon to Facebook and Twitter - penned a letter to the FCC this week to express concern with the commission's proposed net neutrality rules.

See the entire article here. It's not too late...yet. Make your voices heard.

Posted on Friday, 09 May 2014 at 10:43 AM in Advocacy, Freedom of Information, Libraries and Social Networking, Net Neutrality, the FUTURE of Libraries | Permalink | Comments (0)

The following is a direct quote from MoveOn.org

We have until May 15 to make enough noise to stop the corporate takeover of the Internet. Watch on to see what’s at stake–and invite your friends.

The length of a sitcom episode, The Internet Must Go is funny, engaging, and full of truth. It stars Al Franken, The Daily Show‘s John Hodgman, and former MoveOn.org Executive Director Eli Pariser, and it just won a Webby Award—the Internet’s version of the Oscars—in Online Film & Video for Public Service & Activism.

(Full disclosure: This award-winning video was made by a friend of MoveOn—Gena Konstantinakos, who in addition to being a terrific filmmaker is married to Eli Pariser.)

#NLLD14 Washington DC. You won't find this on Sen. Leahy's web site for some reason...

Sen. Patrick Leahy (D-Vt.) accepted the 2014 Public Service Award, given by United for Libraries, a division of the American Library Association (ALA), on May 5 during National Library Legislative Day activities in Washington, D.C. He was introduced by Vermont State Librarian Martha Reid.

We are in Washington preparing for National Library Lobby Day #NLLD14 .

I think it is an info-graphic every librarian and person in your community should see. 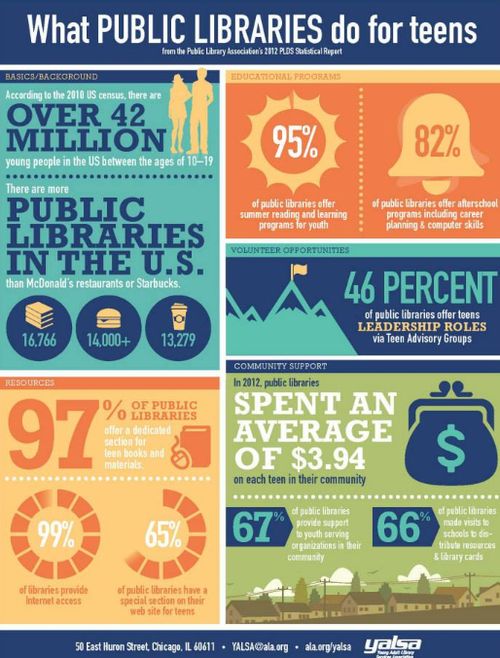