I write to you from the NYLA Conference in Niagara Falls. While
checking my e-mails this morning I came across a press release from
the Institute of Museums and Libraries (IMLS) about the release of
their latest Research Brief - The State of Small and Rural
Libraries in the United States.

A link to the complete Brief is at the end of this Post.

The Brief reports that the use of small and rural libraries is
growing in the digital age.

Here is a copy of the press release:

The report gives an overview of the distribution, service use,
fiscal health, and staffing of these important community assets. One
of the report’s surprising findings is the sheer number of public
libraries that can be classified as either small or rural.
The report finds that 6,098 libraries (77.1 percent of all public
libraries) are small libraries and that overall 46 million people
(15.4 percent of the population) are served by small libraries.
Further the report finds that city libraries are being outpaced by
their rural counterparts in providing access to broadband and
e-books.
“This report is a must read for policymakers who are concerned
about the health and vitality of rural America,” said Susan H.
Hildreth, Director of the Institute of Museum and Library
Services. “Whether the issue is education, economic development,
or access to broadband, small and rural libraries are important
communications hubs for people in small towns and rural
locations.”
For this analysis, IMLS developed definitions for “small” and
“rural,” terms that lack widely accepted definitions when applied
to public libraries. “Rural” is defined using locale codes
developed by the U.S. Census Bureau for the National Center for
Education Statistics to indicate any area outside of an urbanized
area or urban cluster. “Small library” is defined as a public
library with a legal service area population below 25,000 people.

The brief’s key findings include the following:

77.1 percent can be categorized as small. Almost half of all
public libraries, 46.8 percent, were rural libraries. Their
sheer number and broad distribution across the country speaks
volumes about the value local communities place on library
services.
public libraries, a number that has increased by 4.2 percent
over the past three years, and there were 301.2 million visits
to small public libraries in FY2011, a three-year increase of
4.6 percent. The fact that service use continues to increase at
these libraries at a time when other libraries are experiencing
declines on a per capita basis is a further testament to their
resilience and continued relevance to rural life.
rural libraries in FY2011, a three-year increase of 20.2
percent. In comparison to urban public libraries, rural
libraries have higher per-capita levels of publicly accessible
Internet computers and e-books. Given the lag in broadband
access in rural communities when compared to suburban and urban
areas, this further emphasizes the strong role public libraries
play in providing access to the critical digital resources that
are directly related to 21st-century skills.

A PDF copy of the complete Research Brief is available at:

Posted on Thursday, 26 September 2013 at 10:12 AM in LIBRARIANSHIP, Libraries and Social Networking, the FUTURE of Libraries, TRENDS | Permalink | Comments (0)

ALA Banned Books Virtual Read-Out on You Tube 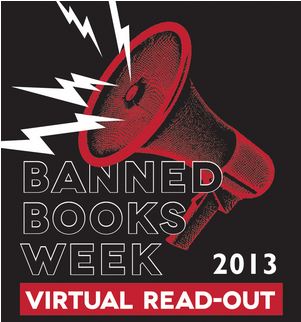 "Join... celebrities, libraries and bookstores across the country in the Banned Books Virtual Read-Out!

For the third year in a row, readers from across the country and around the world will be able to participate virtually during Banned Books Week, Sept. 22 – 28, 2013.

Participants may proclaim the importance of the freedom to read by posting videos that will be featured on a dedicated Banned Books Week Virtual Read-Out YouTube channel."

Posted on Thursday, 19 September 2013 at 11:08 AM in Advocacy, Books, LIBRARIANSHIP, LITERACY, the FUTURE of Libraries | Permalink | Comments (0)

Free webinar! What Not to Weed: Best Practices in Weeding Library Collections

One of the necessary tasks associated with planning your library space. 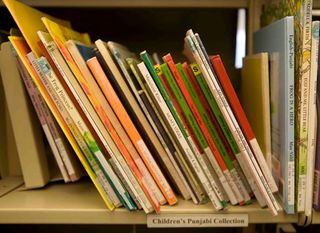 It's a tough job but a good Librarian is up to the challenge !

What Not to Weed: Best Practices
in Weeding Library Collections

Weeding library collections can be a tric

ky task. What stays?
What goes? Following the successful weeding webinar “Weeding: The Basics and
Beyond,” Booklist Reference and Collection Management editor Rebecca
Vnuk will discuss various pitfalls to avoid, and how to manage public perception.
She’ll be joined by Lindsey Dorfman, Director of Youth Services, Lisle (IL)
Library District, who will show some before-and-after shots of a recent weeding
project, and Nancy Kerr, Valencia Branch Manager, City of Santa Clarita (CA) Public
Library, who will talk about weeding in adult collections.

Can't make the date? Register anyway so a link to the video archive of this webinar
can be e-mailed to you after the event.

Please note: As a webinar registrant, you will receive follow-up correspondence
from Booklist Publications and may receive other special offers from our sponsors.