There are easy to edit .pdf files for your library to use.  You will also find sample Tweets!

You can "access...complimentary bookmarks, customizable posters and fliers, digital commercials, and other tools designed to help you promote your public library’s on-line resources" here on the ProQuest site.

Here are some examples of posters and book marks designed to get your library users' attention and promote your library... 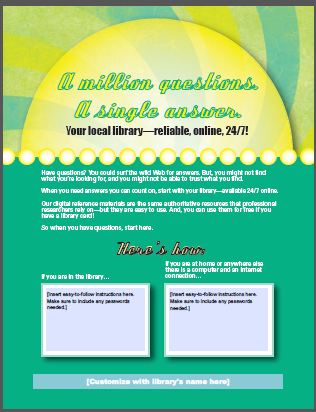 imagine a world IN books

Guy Laramee makes exquisite use of old books to take one's imagination deeper into books than we've seen before... 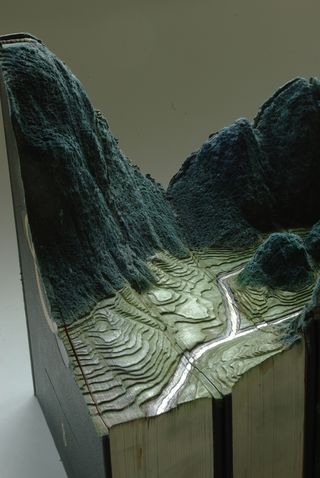 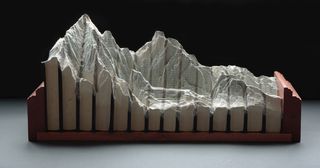 Under the category of - You really should READ a book first before you slam it....

Issue:  "(Should) elected officials ... be allowed to swoop in and say whether a book is appropriate or not based on ideological concerns." ?

"Public-school-district libraries have long fielded complaints about books after they hit the shelves. But the question of whether books are being omitted from school libraries simply because of their subject matter, before anyone can complain, is trickier."
Form of school-book censoring emerges.  Read the full article from the 'Arizona Republic'.

You Don't Know About Me, is on the list of books Rep. Jack Harper, R-Surprise, AZ, thought were 'objectionable' based on their titles.  He hadn't read them.